As soon as I saw the word for the week, my mind took a trip backwards to around early 2000. I was living in Pittsburgh at the time and I frequented this coffeehouse called “The Beehive” on East Carson. A door or so down from the Beehive was a store called “Slackers” and in front of that store and the Beehive is where Shades hung out. Shades was this tallish, peach-skinned, lanky kid (probably around my age, but still “kid”) who had a buzz cut, wore black t-shirts and a black trench coat. And…shades. I wanted to draw him but because I don’t remember every feature of his face, I felt I couldn’t do it. I’m certain that, 12 years later, my mind has filled in his features with various features of the many, many people I’ve met since. Still, he was an interesting cat.

I decided to do a self portrait with a favorite pair of shades. They look awful on me, unless I’m playing with ways to wear them rather than wearing them as they were intended to be worn (my face shape is just…odd).

When drawing the drawing on the lenses of the drawing (dig?) I sorta felt like the Matrix! Yes? Yes. 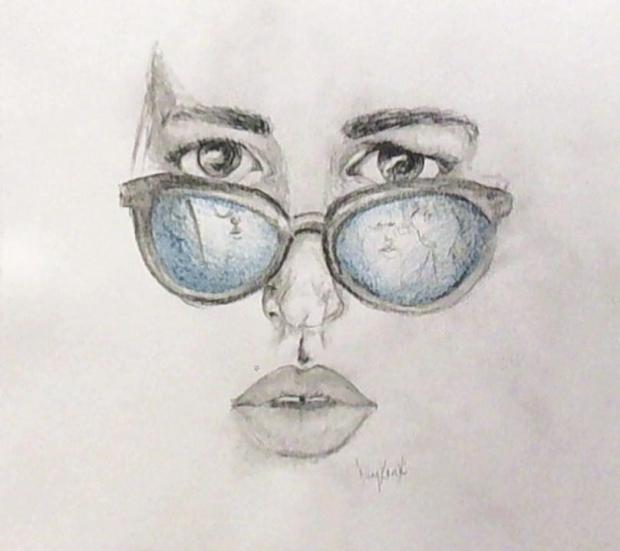 Woo! Since I attempted (several times) to draw something for last week’s “Popularity” theme and couldn’t get it right, I was determined to draw something this week. The word was “Fluid”. I yanked this idea out of the hoard in my brain.

Did drawing this make me crazy, frustrated, and want to set it on fire, you ask? Why yes, yes it did. It has been hurled into the “Doodle File” for misbehaving… 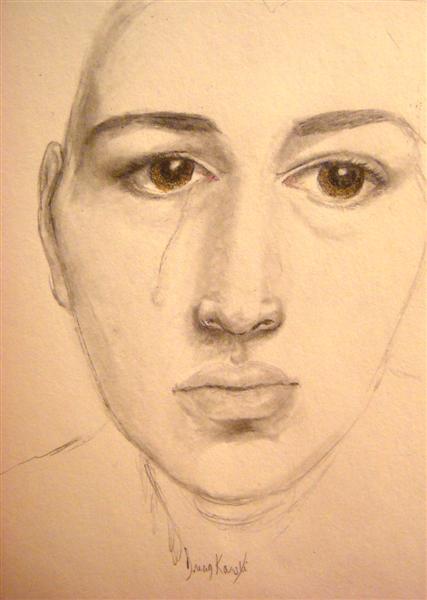