My grandmother loves Norman Rockwell and, while I was growing up and my artistic sensibilities revealed themselves (much to everyone’s horror), she would often let me know how nice his work was and how I should be doing that instead of “that weird stuff”.  I appreciated her enjoyment of his work and other people’s work that was similar, but I have to say I always felt a tinge of rejection when comparisons were made and what I “should” do wasn’t in line with what I felt.

Fast forward a couple decades and here we are, her asking me what weird things I’m up to.  Progress.

Story time: Many, many years ago, my very talented Uncle Ray painted Norman Rockwell’s “Puppy Love” on the wall of a local diner.  After his untimely death, the owners of the diner cut the painting out of the wall, framed it, and gave it to my Grandma.  The painting sat at the very top of a hutch that held her bell collection, overlooking her living room.  A couple years ago, Christmas Eve, her house caught fire.  It was early morning, around 2 a.m., she lost nearly everything including that painting.  Because she has a habit of being everyone’s favorite person (she’s quite lovely), the town and family pulled together, raised money for her, donated their time, skills, money, rebuilt the inside of her house, gave her furniture, and about a year later she was able to move back in.  My Aunt has done an incredible job with the interior design, giving her a new look — still, there are things Grandma misses.

Since I found out the painting was destroyed, I’ve been thinking about trying to paint as closely as a I can another one for her, but put it off for well over a year because, frankly, I have zero confidence.  I finally decided to just suck it up and at least try.  It hasn’t been pretty.  I won’t be able to make it as good as my Uncle’s was.  Certainly won’t come close to Rockwell.  But I’m trying and I’m not doing anything weird to it!  That’s the most important thing, I suppose.  And I’m perfectly fine with that. 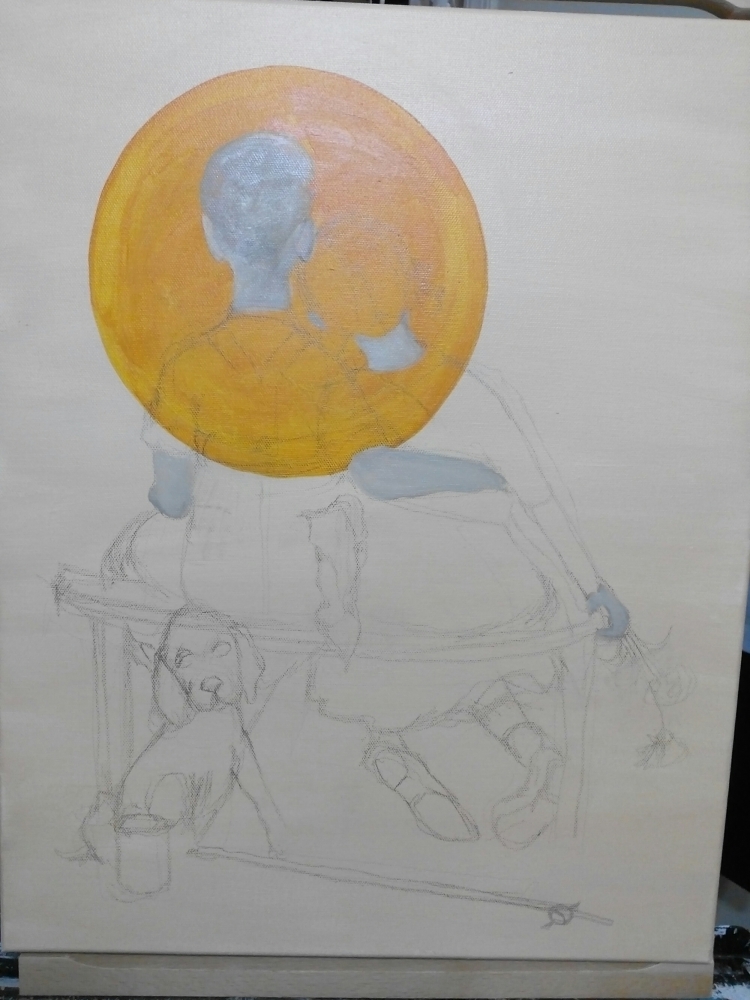 Published by It Does Art